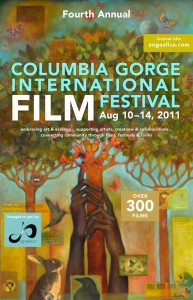 The final schedule is out for the Columbia Gorge International Film Festival and The Fowler Formula picked up another screening time. I’m very happy that the film will be shown twice during the festival.

I’m excited to announce that we’ll be screening at a local festival, the Columbia Gorge International Film Festival, on August 13.

The festival screens films at ten theaters around Vancouver, Washington from August 10 to 14. The schedule isn’t final yet but we’ll be sure to let everyone know when we are assigned a screening time.

I hope we can get some vintage bikes to show up for this screening. It would be fun to make our presence known. Stay tuned for more details.

I’m very excited to announce that The Fowler Formula will get a screening in the Midwest thanks to Kevin Knuth, who has organized the Second Annual Mid-Winter Moto-Movie Night in Milwaukee.

I’ll be coming to Milwaukee for the screening and getting to spend a few days in Chicago. I’m looking forward to seeing many of my VinMoto friends from the Milwaukee and Chicago chapters. I’ll be at the after party at O’Brien’s Pub and will be happy to talk about The Fowler Formula, my new project American Norton, motorcycle movies or just plain motorcycles to anyone who’s interested.

We screened at the Orlando Film Festival in November. We actually screened on my birthday, which made it kind of the best birthday ever.

We met a bunch of really incredibly talented filmmakers in Orlando and spent a lot of time hanging out with them. Alex Gaynor (Wid Winner and the Slipstream), Doron Kipper (Misdirection), Vincent Lin (Chase Thompson: A Film by Chase Thompson), Russ Senzatimore (We Follow the Rules), Brant Hadfield (The Last Legend), Susan Hippen (Me, Myself & Your Husband), Shawn McDaniels & Ray Gaillard (I Remember) — they all put out great films and I was lucky to meet them.

The best surprise of all was Norm. It was also Norm’s birthday. He’s a huge fan of Honda motorcycles and decided his present should be coming to see my film. He and his wife drove a couple hours to come to Orlando. He even brought a pair of CB160s that we got to check out after the screening. So very cool. Thanks, Norm.